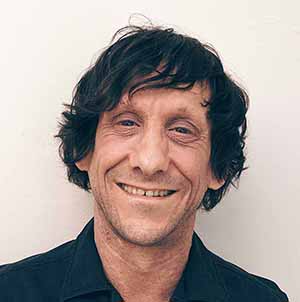 Jon Fellman began his career in healthcare over 30 years ago as a trainer at a health club after rehabilitating himself following a very serious car accident at the age of 16. This led him to Chinese martial arts, Yoga, and eventually Acupuncture and Chinese herbal medicine… first to be treated; and then to undertake his own study. He has been treating patients with bodywork since 1993, and has been working as a doctor of Traditional Chinese Medicine after completing his four-year Master of Science degree in traditional Chinese medicine in 2001 at the Academy of Chinese Culture and Health Science in Oakland, CA.

In his clinical practice based in California, he is most apt to use the unique acupuncture styles of Dr. Richard Tan and Master Tung, readily incorporating applied meridian theory, trigger point acupuncture, bodywork, joint mobilizations/manipulations, cupping, guasha, Japanese moxibustion techniques, and Tok Sen into his treatments. His bodywork is most influenced by Thai Massage, Tui Na, and Shiatsu.  He has spent considerable time in China and Thailand studying with Taoist master Wang Liping, and several Thai Massage masters including Pichest Boonethume.

Jon specializes in acupuncture orthopedics, and has worked with many musicians, artists, dancers, yogis and athletes, but has a diverse patient base, regularly treating a wide array of conditions.

In Ulpotha, Jon will be offering his Integrated Thai Bodywork that draws from Thai, Chinese and Japanese techniques as well as TCM theory. He will also offer complementary modalities such as Cupping, Tok Sen, and Guasha. Acupuncture can also be requested and can be utilized in combination with the massage and other techniques, or as a standalone treatment.